Mtashed on Yae Miko: ‘She doesn’t do anything too special’

Is this foxy lady worth your primogems?

Genshin Impact recently welcomed the 5-star character Yae Miko in V2.5 as its third Electro character from Inazuma. Her released was expected to bring Electro to the top, but unfortunately, her kit has left many players and content creators wanting more from her.

YouTuber Michael “Mtashed” Tash shared his thoughts on the pink-haired catalyst user and explained why she is not worth your primogems.

Mtashed explains why you shouldn’t go for Yae Miko

She’s only viable to an extent

Before diving deep into his analysis of the character, the YouTuber stated that Miko was not a complete bust for players who are eyeing to get her.

“If you build her, you can throw her in a lot of different compositions. She does her job, but doesn’t do anything too special,” he commented.

The YouTuber went on to discuss the viability and versatility of Miko, saying that she works decently in the roles of support, sustain DPS, and off-field DPS, but as a 5-star, he expected a “god-tier” presence from her on the battlefield.

If he had to swap out Miko from his party, Mtashed cited budget-friendly 4-stars like Xiangling, Xingqiu, and Diona who bring similar or even better value.

Xiangling and Xingqiu are standout off-field DPS characters who work well in Melt and Vaporize setups, while Diona is a reliable support archer who consistently applies Cryo with her homing elemental skill.

The issue about her fox turrets

The main gripe of the YouTuber was the automatic attacks of her elemental skill, Yakan Evocation: Sesshou Sakura.

The skill summons up to three Electro turrets that periodically strike nearby opponents. With no focus fire option on the turrets, Sesshou Sakura also ends up hitting inanimate targets like stoves, torches, and firepits.

While this might be a small issue for other players, Mtashed explained multiple scenarios that could make the skill more of a liability than an asset.

Going up against an Electro Cicin Mage, he demonstrates the downsides of the skill. Once the Mage summons her Electro flies, the turrets will divert their damage to the secondary targets rather than the main caster.

A similar concern arises with healing Hydro Samachurls and shielded units. The fox turrets are not capable of concentrating damage to pop shields or defeat healers during critical battles such as Spiral Abyss.

“It could be to the point where you can’t kill some enemies. I want to be able to burst down an enemy and trash it right now,” he commented.

Mtashed mentioned another pet peeve of his concerning Miko’s Sesshou Sakura. Since players are able to spam the skill’s three charges, Yae Miko will also spam her voice lines regardless of the situation.

Seeing as how one charge has a cooldown of only four seconds, the Inazuma native can utter the phrase “right now” up to 17 times in one minute.

“If I have to hear that every single fight, it does start to weigh on me,” said Mtashed.

What other 5-stars should you get in Genshin Impact now? 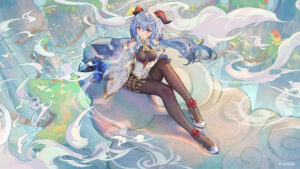 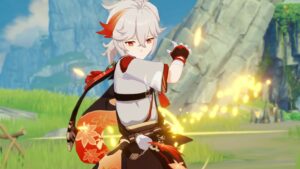 The content creator brought up a few other names that he considered to be better investments than Yae Miko.

Ganyu still stands strong as an S-tier Bow user because of her Frostflake arrows and incredible Cryo damage. If you’d like to learn more about her skills, you can check out our Ganyu best build guide.

For support units, Kazuha is an Anemo swordsman who can group enemies in one area with his elemental skill, Chihayaburu. While he has yet to have a banner rerun, you can start farming for his ascension materials with our Kazuha farming guide.

Lastly, Mtashed was adamant that Raiden Shogun is a better off-field DPS, and it just so happens that her banner rerun is coming out after Yae Miko.

“Get Raiden Shogun. She’s a better Electro unit and will do way more for your team. It’s not even close,” concluded the YouTuber.

You can watch the YouTuber’s full explanation in the video down below: