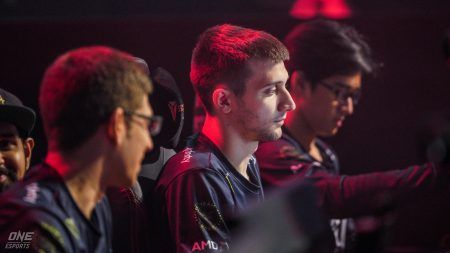 Evil Geniuses have redeemed themselves as the best team in the Americas region, winning a revenge match against Quincy Crew in the BTS Pro Series: Americas Grand Final, and taking home the grand prize of US$21,000.

EG lost the first game of the grand final, but rallied to win the next three in a row on the back of strong play from hard carry, Artour “Arteezy” Babaev, and stand-in midlaner, Eric “Ryoya” Dong.

Fnatic continues to rule over the Southeast Asian region, finishing the BTS Pro Series: South East Asia tournament with a 10-0 record, which included a 3-0 sweep over TNC Predator in the Grand Final.

Fnatic hard carry, Nuengnara “23savage” Teeramahanon, was the standout player for Fnatic in the grand final, dominating on Alchemist, Phantom Assassin, and Lycan with an outrageous 21/1/33 overall KDA.

This is Fnatic’s third tournament win in a row, following victories at the Dota Summit 12 and ESL One Los Angeles 2020: Southeast Asia.

Yiliang “Doublelift” Peng, is once again a proud member of Team SoloMid, but the all-star ADC recently spoke out about his last days on Team Liquid.

Doublelift explained that the first bump in the road was after Worlds 2019. Doublelift was hoping that the Liquid line-up would stay the same since it was the same line-up that dominated LCS for two years.

However, his long-time friend and teammate Jack “Xmithie” Puchero was dropped from the team during the off-season. With Mads “Broxah” Brock-Pedersen having a delayed appearance and TL shuffling around junglers in the 2020 LCS Spring Split, Doublelift voiced out his demotivation to play and always felt that it could’ve been avoided if they had just kept Xmithie.

Sinatraa was one of Overwatch’s most popular players, and was the face of the League for at least the past year after he led the San Francisco Shock to the first-ever perfect stage, and then followed it up by winning the 2019 League title.

Sinatraa will be playing Valorant for Sentinels Esports. The Sentinels team also includes ex-CS:GO pros, Shahzeb “ShahZaM” Khan and Hunter “SicK” Mims, and ex-Apex Legends pro, Jared “Zombs” Gitlin. The fifth member of the team has not yet been announced.