This is Fnatic’s third tournament win in a row. 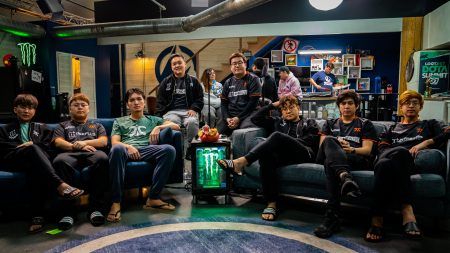 Fnatic continues to rule over the Southeast Asian region, finishing the BTS Pro Series: South East Asia tournament with a 10-0 record, which included a 3-0 sweep over TNC Predator in the Grand Final.

This is Fnatic’s third tournament win in a row, following victories at the Dota Summit 12 and ESL One Los Angeles 2020: Southeast Asia.

In the first game of the grand final, Fnatic opened with their strongest strategies with the Alchemist pick on Nuengnara “23savage” Teeramahanon. Fnatic dominated the game from start to finish and forced TNC to surrender at the 22-minute mark with a 14-3 kill score.

In the next game, Fnatic was able to stop TNC from building any momentum in the series by shutting down Armel “Armel” Tabios’ Morphling. With TNC edging out a small gold lead in the laning phase, Fnatic’s support players in Anucha “Jabz” Jirawong on the Winter Wyvern, and Djardel “DJ” Mampusti Tusk was able to give 23savage the space he needed to farm safely on his Phantom Assassin.

Fnatic was then able to dominate the remaining team fights of the game once 23savage farmed his Abyssal Blade. Fnatic secured their 2-0 lead against TNC after a successful smoke gank right outside the Radiant base.

Fnatic ended the series with a stellar performance from DJ on the Elder Titan. He landed crucial Echo Stomps that disabled multiple TNC heroes, which lead to one-sided team fights in favor of Fnatic.

Fnatic finished the tournament without dropping a single series. The team finished their group stage run with a 7-0 record. Meanwhile, they won all their upper bracket series matches during the playoffs.