Get double fame points from now until the end of Season 1. 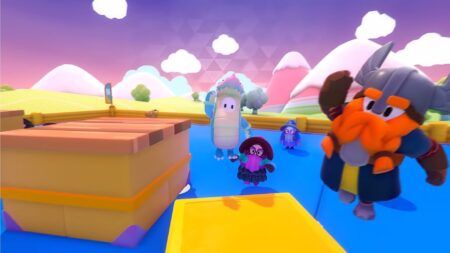 We’ve heard about the medieval-themed costumes and mini-games. We’ve been teased about fresh personal customization options like nameplates and banners.

Now, we also know when we can get to try out all of these brand new quirks.

Fall Guys Season 2 will officially kick off on October 8 (or October 9 for us in the GMT+8 time zone), as announced on the game’s official Twitter account.

If you’ve been paying attention to the in-game countdown, you might want to temper your expectations. While the game might say that Season 1 should end right about now (October 5), Mediatonic wants to make it clear that the new season will officially begin on the 8th.

On the bright side, the game is offering twice as many fame points when you play between now and the start of Season 2. There’s still time to grind if you haven’t reached Level 40!

Once the new season kicks off, player levels and fame points will be reset. Any accumulated Crowns and Kudos will roll over into the new season though, so you don’t have to spend them all before the end of the current season.
READ MORE: Fall Guys Season 2 will have nicknames, banners, and more