Can Fall Guys actually be a legitimate esport?

Is the world even ready for professional crown-grabbers? 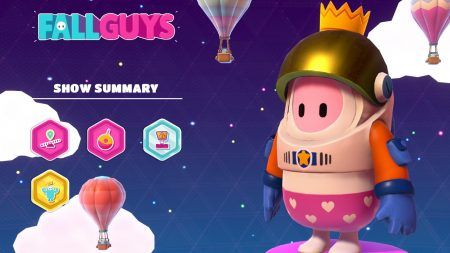 But while the game undeniably successful, could it actually have a future as a legitimate esport?

I’ve been playing Fall Guys for quite some time now, and here’s what I think.

If Fall Guys wants to be taken seriously as an esport, the first thing developers, Mediatonic, need to do is refine the solo experience. Sure, you have a fun time running as a crowd through various obstacles, but it lacks a certain feeling of game structure and certainty in its process. Seeing as it mimics more of a game show rather than an actual battle royale, the developers may need to find ways to equal out the playing ground.

Other than banning cheaters who have super-speed and insane jumping distances, Mediatonic could consider actually limiting its solo-queue mode to just solo-queue players and free-for-all maps like Whirly Gig and Door Dash. This provides a certainty that you won’t accidentally get eliminated because of incompetent teammates or just being outnumbered.

With this kind of set-up, players can be assured that they’re playing a fundamentally fair game mode with no concerted efforts against them from a team of four or less.

Squads should be a separate mode

I definitely think Fall Guys should have a separate Squad mode for you and all your friends. The game can keep the team-based objectives such as Rock ‘N’ Roll and Fall Ball and provide players with the sensation of winning together in the end.

Another thing that’s significantly different in Fall Guys is its method of elimination. While Fortnite and other usual BRs rely on item management. decisive shootouts, and surviving the storm, Fall Guys pushes players to essentially win every round through quick movements and sometimes sheer luck rather than working together.

With its current set-up of only one final winner, it’s honestly counter-productive when you inevitably have to betray your close friends for a shot at the crown. That’s like entering a Squad match in Fortnite and killing your own teammates to get the individual Victory Royale.

If the developers can create a squad mode with a squad-wide winning format, it’ll probably lure back a lot of players who want that sense of camaraderie and competition mashed with some hilarious stumbles and dives. This format would also work really well for esports where team-based gameplay is also the norm.

Increase the competitive depth of the game

Right now, Fall Guys only has three action buttons: Grab, jump, and dive. This really limits how complicated the game mechanics can be. While there’s something to be said for simplicity, if Fall Guys ever wanted to expand into a more competitive environment, some added complexity is a must.

Even if the game wants to keep to the same three actions, it could look to include more cerebral challenges that focus on problem-solving and collaborative teamwork to increase the complexity of games and separate the truly skilled from just the merely lucky.

Right now, the Perfect Match map is one of the most dreaded maps in the game, despite its simple memory mechanics. But it’s also a map that relies purely on player skill with no RNG involved, and I would actually like to see more of these maps if the game wants to take on a more competitive tone.

Rather than you and your friends just mindlessly running to a finish line, your squad can endure an action-based round of Simon Says or push and pull objects into their respective cutouts in a Tetris-like manner.

I would go as far to say that Mediatonic should consider splitting the playlist into a casual mode, with more party-like RNG-based games, and a Ranked Competitive Mode, which includes Perfect Match, and more serious puzzle games that could take inspiration from the likes of Humans Fall Flat or even Portal.

I don’t know what Mediatonic wants to do with Fall Guys, and I honestly, it wouldn’t surprise me if they just completely ignore the esports side of things, and fully lean into the wackiness with more crazy races and mechanics that made the game so popular and charming in the first place.

But a part of me feels that if they do go that route, they’ll be missing out on what could potentially be a really interesting addition to competitive gaming and esports and I, for one, hope that they’re at least considering it.