Every clue that Brazilian football star Neymar Jr. is coming to Fortnite

Will he be getting his own Fortnite skin? 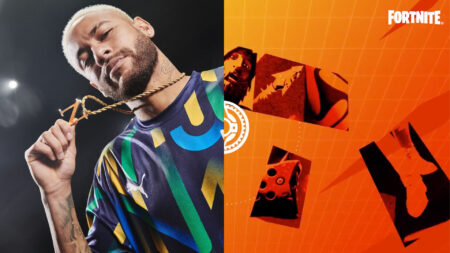 Some of the details spotted by fans all seem to be pointing at the Brazilian player such as his jersey number 10 and patterns closely resembling a soccer ball.

Fortnite Brazil’s Twitter account even changed their profile photo to the game’s iconic llama and added a mohawk-cut hairstyle to it, one of Neymar Jr.’s most popular ‘dos.

If that’s not enough, Neymar Jr. himself also retweeted the Fortnite Season 6 teaser video on his Twitter page with the eyes emoji.

All these fan theories will soon be confirmed (or denied) when Fortnite Chapter 2 Season 6 drops on Tuesday, March 16.

Aside from being Paris Saint-Germain F.C.’s forward player, Neymar is also highly-regarded in the gaming community especially in the first-person shooter game CS:GO.