Team Secret’s YapzOr to take ‘extended break’ due to health, Zayac to substitute 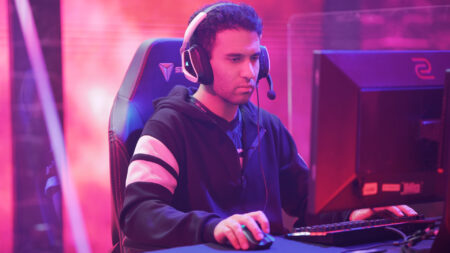 Team Secret is making a Valve-approved, mid-season roster change in the middle of the Dota Pro Circuit 2021/2022 Western Europe Tour 3.

Yazied “YapzOr” Jaradat, who has played for Team Secret for five years, is taking an “extended break” due to health issues, the organization announced last night. The 27-year-old only played one series for Secret this Tour — a loss against OG in the team’s first series of the season.

Baqyt “Zayac” Emiljanov, who has been standing in for Secret, was made an official member of the squad in a separate announcement.

This marks Secret’s second roster change this year, after parting ways with Syed “SumaiL” Hassan in May.

Secret is now tied fifth at a 2-3 record with Gaimin Gladiators and Goonsquad, a precarious position to be in for the team’s chances to qualify for the Arlington Major.

While we have no idea how long Zayac will deputize for YapzOr, Valve’s approval of the roster change indicates that it might be a serious matter that will keep the long-time Secret support out of competitive Dota for an extended period. Should the team manage to qualify for the Major, this might be the same roster that flies to the US for the competition — or even to Singapore for The International 11.

But the road is long and arduous. Secret sits at 28th in the DPC 2021/2022 rankings as of the time of writing, and will need to do well in the Major to qualify through points. If not, the team will have to go through the regional qualifiers or wildcard to make it to Dota 2’s biggest stage once more — and keep captain Puppey’s attendance streak alive.