Are your faves still in the running? 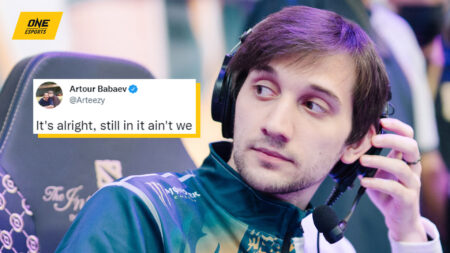 With only one loss so far during Group A’s group stage, Chinese team PSG.LGD is ready to dominate the Arlington Major playoffs set to take place from August 9 to August 14.

The team has qualified for the next stage of the tournament with an impressive 13 — 1 standing, losing only one game to North America’s Soniqs during Group Stage Day 3. They will face South American representatives Thunder Awaken on the last day of groups before moving on to the playoffs.

Another Chinese team, Team Aster, made waves in Group B and came out on top of the standings with a 10 — 4 record to qualify for the playoffs.

Entity, Team Spirit, BOOM Esports, Evil Geniuses, and beastcoast have also secured spots in the next stage of the competition.

Which teams are qualified for Arlington Major 2022 playoffs?

The playoffs will follow a double-elimination format where matches will be played in best-of-threes. The Grand Final will be played in a best-of-five series where the winning team will be hailed Major champions and will take home the lion’s share of the US$500,000 prize pool. A total of 4,570 DPC points will also be distributed among participants depending on their standings.