For the first time in 9 years, Resolut1on will take a break from Dota 2

Recharge, and come back stronger. 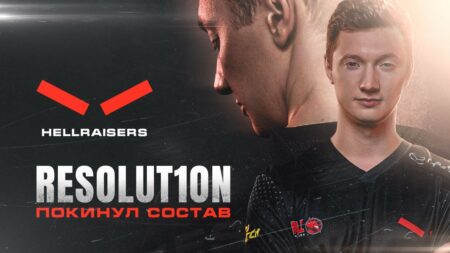 Roman “Resolut1on” Fomynok, the offlane player for HellRaisers, has announced that he will be taking a break from the Dota 2 DPC season.

Citing professional burnout and the need to recharge, it will be the first time Resolut1on has taken a break from the professional Dota 2 scene in nine years.

Resolut1on has made five appearances at The International

With a professional career spanning almost a decade, Resolut1on has made multiple appearances at The International as both a carry player and a midlaner.

His most successful run was during TI6 when he was a carry with Digital Chaos. They were the only team that was able to take a game off Wings Gaming during their run through the upper bracket.

After failing to qualify to TI10 after finishing third in the Eastern Europe Qualifier with HellRaisers, Resolut1on attended the event as a broadcast talent for the Russian Stream.

He further shared his offseason plans on Twitter, which includes heading off to Istanbul for some fun and adventure.