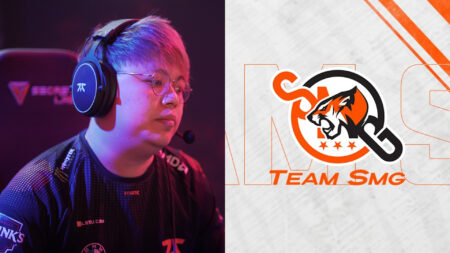 Moon made the switch after he and Fnatic finished in fourth place at the DPC 2021 Season 2 Southeast Asia Upper Division. Both parties agreed to mutually part ways, as they prepare for the Regional Qualifiers.

Fnatic has gone through multiple roster chances in the 2021 season, which led to them losing DPC Points and finishing with a total of 446.25 points.

The Southeast Asian organization put together its Dota 2 roster in the middle of the 2021 DPC season. Team SMG then signed top-tier free agents Yeik “MidOne” Nai and Damien “kpii” Chok.

Team SMG was able to qualify into the DPC 2021 Season 2 Southeast Asia Lower Division during the second open qualifier. The team impressed SEA fans by finishing second behind Motivate.Trust Gaming with a 6-1 record.

Moon is a veteran player who started playing professionally in 2014. He got his big break when he signed with Mineski in 2017. The stacked Southeast Asian squad moved on to win the Dota 2 Asia Championship in 2018, making appearances at The International 2018 and 2019.

15 teams are in the running to make it into The International 10 through the Southeast Asian Regional Qualifiers. These teams are:

SEA’s Regional Qualifiers will take place from June 30 to July 3.