Upsets abound at the ESL One Germany Playoffs

Europe continues to show why it’s the most competitive region. 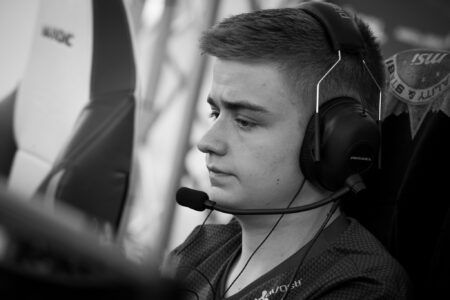 The first round of the ESL One Germany 2020 Online Playoffs has concluded, with huge upsets on both the Upper and Lower Brackets leading to two top teams in OG and Team Nigma making surprising early exits from the tournament.

All the teams began the Playoffs in the Upper Bracket, with Secret taking on Nigma in the opening series, followed by Liquid facing off against mudgolems, then OG squaring up against Na’Vi, with the final matchup seeing Alliance pitted against Vikin.gg.

Here’s how the Upper Bracket matches went down:

A playoff rife with upsets fittingly started with an upset, as Nigma managed to take a game off a seemingly-invincible Team Secret behind an excellent showing on Faceless Void from Amer “Miracle-” Al-Barkawi.

However, Nigma’s fortunes didn’t last as Secret got back to their unbeatable form to take the next two games in dominant fashion and claim the 2-1 series victory. With their victory, Secret advanced to the first Upper Bracket Semifinal, while Nigma dropped to the Lower Bracket.

The mudgolems squad, led by Adrian “Fata” Trinks and Neta “33” Shapira, has been one of the big surprises of the tournament with a strong group stage showing putting them in the thick of playoff contention.

Liquid bounced back to take game two and force a game three. However, mudgolems blindsided them in a closely-contested 40-minute decider to take the series 2-1 and force the first of many upsets in just the first round of the playoffs.

Mudgolems proceed to the first Upper Bracket Semifinal, where they will be looking to pull off another upset against the juggernaut that is Team Secret. Meanwhile, Liquid were pit against Nigma in the first elimination match of the Lower Bracket.

In another big upset that rocked the Upper Bracket, Na’Vi outlasted OG ina. hard-fought 2-1 series to knock the two-time The International champions down to the Lower Bracket.

OG bounced back in game two to tie up the series behind Yeik “MidOne” Nai Zheng’s 18/5/7 Monkey King and Topias “Topson” Taavitsainen’s 16/2/16 Morphling.

Another great performance for V-Tune, this time with a 14/2/12 KDA on Spectre, and a standout showing by Vladimir “RodjER” Nikogosyan’s 12/1/16 line on a support Lina shut down any hopes for an OG comeback.

The third huge upset of the Upper Bracket saw Vikin.gg blindside Alliance to take an unexpected 2-0 series victory. In game one, Vikin.gg outmaneuvered their opponents in a 44-minute slog to take a commanding series lead.

Miroslav “BOOM” Bičan popped off in game two with a clean 12/0/14 KDA as Vikin.gg dominated Alliance to boot them down to the Lower Bracket and set up a meeting with Na’Vi in the second Upper Bracket Semifinal.

Here’s how the first round of the Lower Bracket panned out:

Nigma got off to a great start in their elimination match against Liquid, as Miracle paced a dominant 31-minute victory for his team with a clean 16/0/13 line on Faceless Void.

With their backs against the wall, Liquid’s core duo of Michael “miCKe” Vu and Maximilian “qojqva” Bröcker combined for a 37/4/37 line on Spectre and Storm Spirit, respectively, to force the series to a deciding game three.

With both teams putting their tournament lives on the line, Liquid pulled out all the stops and drafted a carry Snapfire for miCKe to partner with qojqva’s Lone Druid and Samuel “Boxi” Svahn’s Slardar. Despite playing a non-carry hero, miCKe finished with an 18/2/15 KDA as Liquid won the series and kick Nigma out of the tournament.

OG opened their elimination match against Alliance with a highly-unusual draft featuring MidOne on a carry Elder Titan. Their opponents’ weird lineup didn’t seem to faze Alliance, as they took game one with Nikolay “Nikobaby” Nikolov leading the way with a 22/2/16 line as Faceless Void.

OG stuck to their unusual drafts even in the face of elimination, picking up a carry Elder Titan for MidOne again while Topson was put on a mid Skywrath Mage. Much like in game one, Alliance didn’t seem to mind going up against unorthodox lineups as they eliminated OG 2-0 after 40 minutes of action. Nikobaby topped the charts for his team again as Phantom Assassin, notching an 18/3/4 KDA in the win.

Both Nigma and OG exit ESL One Germany in 7th-8th place, with US$12,000 in consolation as they fall well short of expectations.

The ESL One Germany 2020 Online Playoffs is set to continue on October 29, with Upper Bracket matches between Secret and mudgolems as well as Na’Vi and Vikin.gg.

The Lower Bracket matches will take place the day after, with Liquid and Alliance taking on the losers of the previous day’s matches.

READ MORE: 4AM top Group A at CDA-FDC Championship despite a rough start