Forev will stand-in for Kuku at the Singapore Major

Forev returns to T1 for the Major. 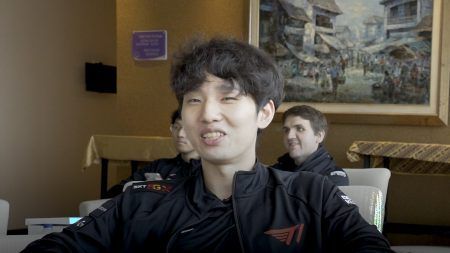 South Korean esports organization T1 has announced that Carlo “Kuku” Palad will not be joining the team at the ONE Esports Singapore Major due to recent health issues. Instead, T1 will be competing with stand-in player Lee “Forev” Sang-don.

T1 qualified to the wild card of the Singapore Major after finishing in third place during the DPC Southeast Asia upper division. Kuku led the team as its shot caller and offlane player all throughout the first season.

Forev joining T1 for the Singapore Major marks his brief return to the organization. Forev was the first member of T1’s Dota 2 division in 2019, up until both parties agreed to part ways in July of last year. Forev was last seen playing for Team Hoyo in the DPC SEA lower division where he left the competition due to personal reasons.

Forev will be filling in the offlane role for T1 in the wild card stage set to take place on March 27. T1 is set to compete against Team Nigma, Team Liquid, AS Monaco Gambit, Vici Gaming, and PSG.LGD in the wild card. Interested fans can take a look at our ONE Esports Singapore Major wild card schedule.