Can we have a Febby-Dubu-Forev reunion, please? 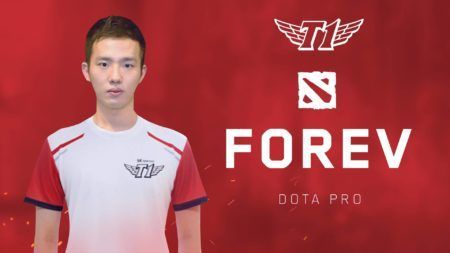 T1 Forev has been a pro player since 2013 when he debuted with South Korean team MVP Phoenix.

T1 runs a number of teams in different esports titles, but they are most well-known for their success in League of Legends with SK Telecom T1.

After attaining three world championships in League of Legends, is it now time for T1 to turn their gaze towards Dota 2’s Aegis of Champions?