Adroit continues to tinker with its roster amid a slump. 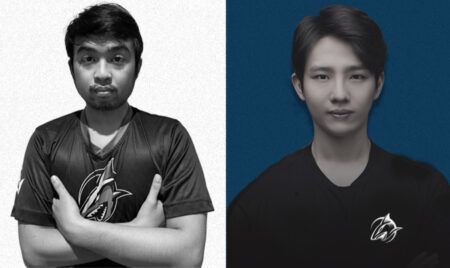 Filipino organization Adroit Esports has announced that they have parted ways with offlaner Prince Vince “Bensoy” Enriquez, with Lee “Forev” Sang-don coming in as a stand-in.

“As we gear up for the upcoming Dota Pro Circuit (DPC) season, we have evaluated our current performance and have decided to make changes in our roster […] We will be releasing [Bensoy]. We thank him for his time and dedication given to the team. We wish him good luck in his future endeavors,” Adroit said in a post on their official Twitter account.

Since the departures of Bok and Natsumi, with Bensoy and Justin “Tino” Grimaldo coming in as their replacements, Adroit has been in a huge slump. In their last tournament with Bok and Natsumi at the ONE Esports Dota 2 SEA League, the team was able to manage a Top 6 finish despite a rough start in the event.

Since then, Adroit has bottomed out of the OMEGA League’s Asia Divine Division and the ESL One Thailand online Asian league. In their most recent showing, the team failed to make it to the 2020 IeSF World Championship’s Southeast Asian Qualifiers after falling to Neon Esports in finals of the Philippine Qualifier.

With an eye towards the next DPC season, Adroit tapped Forev for his “vast international experience” to help steer the team back to relevance.

Forev spent much of the last year as the captain of T1’s Dota squad, though he parted ways with the team at the end of July. He most recently played as a stand-in for Fnatic at ESL One Thailand and BTS Pro Series: SEA Season 3 last month.