SoNNeikO returns to CIS to lead a new squad

This is now SoNNeikO’s third team this season. 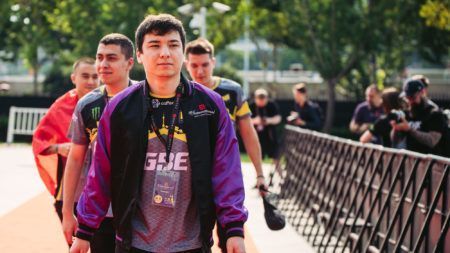 Akbar “SoNNeikO” Butaev has returned to competing in the CIS region as the captain of a new squad that is comprised of players who have been left without a team by the ongoing CIS roster shuffle.

This will now be the third team that SoNNeikO will be leading this season. He started off as the captain of Na’Vi’s initial roster for the 2019-2020 Dota Pro Circuit (DPC) before being benched by the team then leaving due to “personal conflicts” in October last year.

SoNNeikO then moved to Europe to lead a new squad of players from the region in January this year, which was later acquired by Ninjas in Pyjamas (NiP) in April. However, he parted ways with NiP in early July for still-undisclosed reasons.

The reveal of SoNNeikO’s new squad is the latest move in an ongoing major roster shuffle in the CIS region, which already saw Natus Vincere sign the roster of FlyToMoon and Virtus.pro bench its main roster towards the end of September.