Hopefully it will be better than the movie. 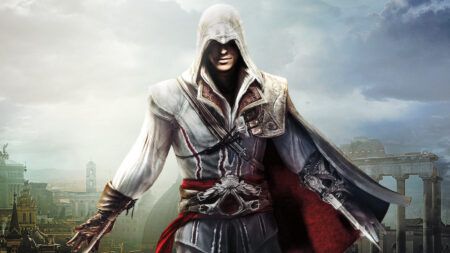 Netflix has announced that they will be producing a new live-action series based on the hit series of stealth-based action-adventure video games, Assassin’s Creed.

Netflix didn’t reveal much about their new project other than its logo, though they did say that Ubisoft’s Jason Altman and Danielle Kreinik will serve as Executive Producers — which should be a good sign that the series will remain largely accurate to its source material.

The Assassin’s Creed series, which started back in 2007, includes 12 mainline games with settings that spanned from Classical Antiquity all the way to the French Revolution.

Its most recent entry, Assassin’s Creed: Valhalla, is set in England during the height of the Viking Age.

Netflix now adds Assassin’s Creed to its growing list of video game series adaptations, which includes Castlevania, Dragon’s Dogma, Minecraft: Story Mode, and The Witcher. Resident Evil is even getting both a live-action and animated adaptations.

This won’t be the first time that Assassin’s Creed will be getting a live-action adaptation, as the game received the big-screen treatment in 2016. Unfortunately, the Assassin’s Creed movie, like many other video game movies, flopped.

Let’s hope that Netflix will do a better job this time around. But considering how great their Witcher adaptation turned out, fans of Assassin Creed should at least have some reason to be optimistic.

READ MORE: Here’s our first look at Tom Holland as Nathan Drake in the Uncharted movie