We’ve got live-action and CG adaptations coming our way! 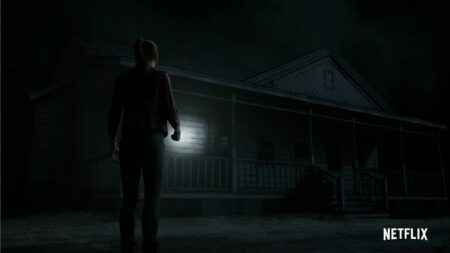 A new Resident Evil series has been revealed to be in development for Netflix. “Resident Evil: Infinite Darkness” will follow the adventures of franchise staples Claire Redfield and Leon Kennedy, who both first appeared in 1998’s Resident Evil 2.

Little else is known about the details of the project other than what’s shown in the teaser trailer, but Netflix and Capcom are promising “a Resident Evil world unlike anything seen before.”

This is the second Resident Evil adaptation confirmed to be in the works for the popular streaming platform. But unlike the first announced series, Infinite Darkness will be fully computer-generated animation instead of live-action.

Capcom’s Hiroyuki Kobayashi, who has been involved in varying degrees with the Resident Evil series since it first launched in 1996 for the Sony PlayStation, is producing and supervising. Joining him as producer is TMS Entertainment, which is best known for popular anime series like Lupin the 3rd and Detective Conan, as well as the iconic feature length anime Akira.

Quebico will render the 3DCG animation, under the supervision of Resident Evil: Vendetta producer Kei Miyamoto.

Infinite Darkness is slated to launch on Netflix sometime in 2021, Resident Evil’s 25th anniversary year. Even without an official release schedule, the CG-animated series offers a clearer idea of when it will arrive compared to the live-action series, which currently has yet to announce its launch date.

In addition to the two Netflix series, Resident Evil: Village is giving fans of the horror video game franchise a lot to look forward to next year. The latest installment is designed to run on next-gen gaming platforms, Sony’s PlayStation 5 and Microsoft’s Xbox Series X and Series S.