Major markets will get the next-gen console a week earlier. 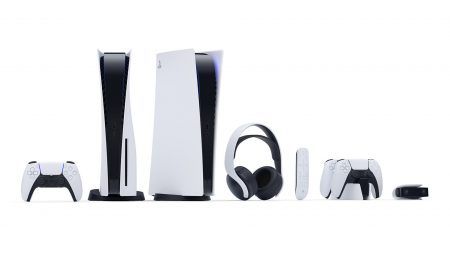 The official release details for Sony’s next-generation gaming console is finally out. The PlayStation 5 officially hits store shelves on November 12 in the US, Japan, South Korea, Canada, Mexico, Australia, and New Zealand. The rest of the world will get its hands on the much-awaited gaming powerhouse on November 19.

The highly anticipated launch details were finally revealed in another 40-minute stream, which showcased trailers and gameplay teasers for previously announced, as well as just-revealed PlayStation 5 titles.

Here are some of the biggest highlights from Sony’s latest PlayStation 5 showcase:

Opening the show was a spectacular sneak peek at the latest, all-new Final Fantasy game. Revealed to be a PlayStation 5 console exclusive (in addition to an eventual PC release), Final Fantasy XVI makes full use of the PS5’s processing muscle to render incredible environments and textures and dynamic battle action.

The PS5 showcase also debuted Hogwarts Legacy, an open-world adventure set in the late 1800s. You’ll play as a student of the fabled Hogwarts School of Witchcraft and Wizardry whose fate will play a critical role in the future of the wizarding world for generations to come.

Slated for a 2021 release, this title will also be available for the PS4, Xbox One and Series X, and PC.

The new Spider-Man game got a lot of airtime on today’s showcase with a 7-minute gameplay demo. The clip starts off on a peaceful and festive note, revealing the game’s “neon-noir aesthetic” before all hell breaks loose. With a sinister army known as The Underground wreaking havoc in New York, Miles swings in to save the day, demonstrating the game’s action-packed gameplay.

Marvel’s Spider-Man: Miles Morales will be available for both PS5 and PS4. The standard edition will be priced at US$50, while the Ultimate Edition — which includes a PS5 remaster of Marvel’s Spider-Man — will sell for US$70.

PlayStation Plus members will also have access to a curated selection of PS4 favorites courtesy of the upcoming PlayStation Plus Collection for PS5. The subscription will feature “PS4 games that defined the generation,” such as Batman: Arkham Knight, Fallout 4, Monster Hunter: World, and Persona 5.

Pre-orders through local retailers for the Sony PlayStation 5 are expected to be available starting tomorrow, while direct orders will require pre-registration here.