While most Call of Duty modes put an emphasis on teamwork and camaraderie, Double Agent does quite the opposite. The new and thrilling game mode combines elements of the popular social deduction genre with the franchise’s traditional multiplayer gunplay.

How to play Call of Duty’s Double Agent

As a double agent, you must eliminate everyone else or successfully set off explosive charges around the map to win.

Operatives and investigators are the good guys whose main agenda is to track down the undercover enemies. Investigators can also use clues to target suspected culprits as wanted criminals.

The game begins with every player equipped with a pistol. When the game enters the preparing stage, players can loot around the map for weapons and equipment. 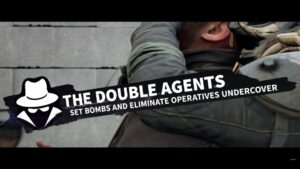 Double Agents enter the battle with diabolical gadgets, namely Gas Mines, Counter Spy Planes, Combat Bows, and Attack Helicopters. They are also protected from the radiation of their own bombs.

Investigators have access to Trophy Systems, Stimshots, and Hand Cannons. When examining a player’s death location, they can see the footprints of an attacker, and have the power to issue a Wanted Order on a suspicious player.

With a game focused on social deduction, the developers strongly encourage using voice chat as your main method of discussing potential traitors.

You can catch the new game mode in Season 5, releasing on August 12.