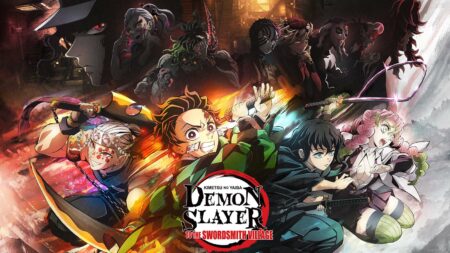 The release schedule for Season 3 of the Demon Slayer anime and its new feature film has finally been announced on the show’s website and social media accounts.

The Swordsmith Village Arc will air on various networks and streaming platforms in April next year.

To celebrate the success of the anime, Japanese production companies Aniplex and SHUEISHA, along with animation studio Ufotable, announced that Demon Slayer will have a world tour event in the first quarter of 2023.

The anime’s first theatrical release was a big hit. The Mugen Train movie became the highest-grossing film of 2020, earning over US$506.5 million at the global box office.

After the success of Mugen Train, the first eight episodes of Season 2 continued to feature the same events from the Mugen Train Arc, before the show moved to the Entertainment District Arc.

Fans will finally be introduced to all of Muzan Kibutsuji’s Upper Ranked demons in Season 3, the new villains in the anime’s future Arcs.

The anime will also feature an hour-long special when Season 3 begins in April next year.

Separately, the upcoming Swordsmith Village movie will be released in 80 countries and regions. The world premiere will take place on February 18, 2023, at the Orpheum Theater in downtown Los Angeles.

The movie will spotlight the climactic finish of the Entertainment District Arc, before leading in to the Swordsmith Village Arc.