Former AoV champions are jumping into the Rift. 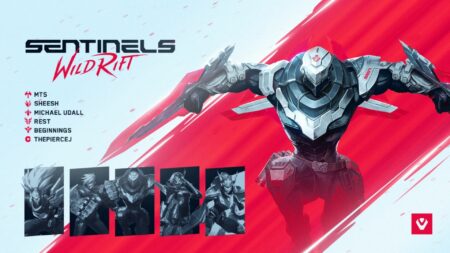 The roster comprises a mix of mobile gaming professionals and experienced MOBA players. They’ve since placed 4th in the first open qualifier for the 2021 Wild Rift Summoner Series, beating Cloud9.

The Sentinels Wild Rift roster is as follows:

Rest and MTS were players for the American Arena of Valor team Allegiance, where they played support and side lane respectively.

They won both the NA Valor Series Season 1 and Season 2 championship, and competed in the 2018 Arena of Valor World Championship, representing the North American region, where their team placed 5th-8th.

“Sentinels was always an organization I had been looking at in NA, especially with all their recent accomplishments,” MTS stated. “Can’t wait to finally compete in NA again with a fresh start and win some trophies.”

Rest, formerly a support player in Arena of Valor, will now be playing the ADC role for the Sentinels Wild Rift roster. Despite the role swap, he’s confident that he can make the adjustments needed.

He’s more than happy to be back in the competitive scene, especially under such a renowned esports team.

“I know my potential is a lot greater than what it was when I played before,” Beginnings said. “I can’t wait for this team to become the best in NA.”

Meanwhile, mid laner Michael Udall has plenty of experience in PC MOBAs. With credentials in Heroes of the Storm and Dota 2, Udall was beyond excited to join Sentinels.

“I watched Bugha win the Fortnite World Cup live and was solidified as a Sentinels fan after the Valorant World Championship. Sentinels know how to build and support winning teams,” said Udall.

The team came together just a few days before the first open qualifiers. Udall is aware there’s a lot the team need to work on, but is determined to bring Sentinels both a regional and a world championship in Wild Rift.

Sentinels placed 5th-6th at the first major of the Wild Rift Summoner Series. The team will be back for the second Major, with open qualifiers scheduled to begin on August 16.

Check out this article for details on the 2021 Wild Rift Summoner Series.