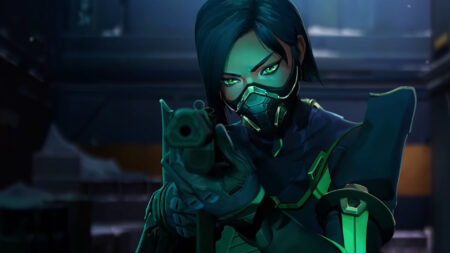 If you’re tired of being flashed by your opponents in Valorant, then Viper may just be the agent for you.

A Valorant player named hippopanda shared on Reddit that Viper’s Poison Cloud can neutralize enemy flashes if you activate it at the right time.

How to counter flashes with Viper’s Poison Cloud

The mechanics behind the counter flash indicate any type of flash that activates within the area-of-effect circle of Viper’s Poison Cloud will neutralize the blind.

Players must activate the smoke as soon as the flash pops, which is why players will need to listen closely for when an enemy’s flash is about to go off. The Poison Cloud can even counter a perfectly timed pop flash by Yoru.

The only agent who can still flash through the Poison Cloud is Omen because his Paranoia flash travels through its intended targets.

The idea is to throw the Poison Cloud ability towards the general location of where the enemy team is going to pop their flashes. This counter works especially well against Phoenix and Reyna because they can only throw their flashes from close distances, which will make them easier to anticipate.

Breach, KAY/O, Skye, and Yoru’s flashes can be used from long distances, which makes these blinds much harder to catch in the Poison Cloud.

READ MORE: Shroud reveals his list of Valorant skins that won’t put you at a disadvantage