Team Secret has entered the server. 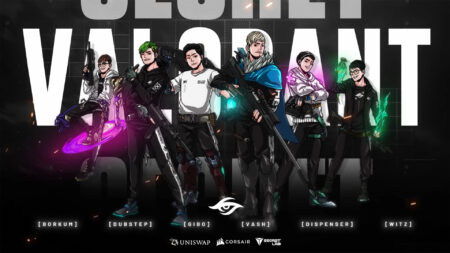 European esports organization Team Secret announced the acquisition of the all-Filipino Valorant roster that was previously signed with Bren Esports. This is its first foray into the competitive Valorant scene.

Team Secret’s Valorant roster, which was previously under Bren Esports just a few days ago, was set to represent Southeast Asia during VCT Stage 3 Masters Berlin. The team missed out on the competition after failing to secure travel visas before the tournament.

Since the former Bren Esports Valorant team decided to stick together and signed with Secret, they retain their 225 VCT circuit points. Rival Paper Rex will be the only SEA squad competing at VCT Stage 3 Masters Berlin.

If Paper Rex finishes in 12th place or higher, Team Secret’s Valorant roster will get the chance to compete in the APAC Last Chance Qualifier for 2021 Valorant Champions.

Secret continues to expand through the Southeast Asian region

The organization has gone to great lengths to scout out talented players from the SEA region. They currently have a League of Legends team based out of Vietnam, along with a PUBG Mobile team in Malaysia.