Snowball fights are coming to Valorant in patch 1.14

As always, aim for the head. 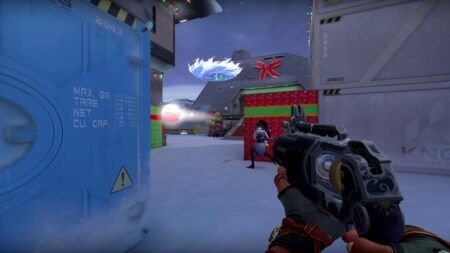 If you’re looking for a fun new way to play Valorant, patch 1.14 is just what you’ve been waiting for.

A new Snowball Fight limited mode will go live on December 15 and will last until December 29.

Snowball Fight is a 5v5 Team Deathmatch where the first team to secure 50 kills wins. All players will be given a snowball launcher, with multiple power-ups scattered around the map through gift boxes.

Playing the mode will get you a snow-themed Gun Buddy which will be delivered at a later date.

Most of these changes affect A-site, where Riot claims they’ve simplified the area by “reducing the height of some of the most vertical areas on the map.” 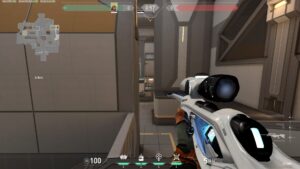 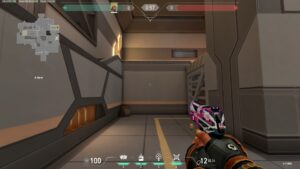 100 Thieves’ team captain and First Strike North America champion, Spencer “Hiko” Martin weighed in on the latest patch and the newest Christmas-themed skins after playing at the tournament in the 100 Thieves Cash App Compound.

During his return stream, Hiko said that lowering the A-belt area was a good modification and that changing some of the 50-50 angles on the A-site — which means that there are now two possible spots a player needs to clear when crossing a position — is great because, with the slanted wall, it becomes one fewer spot players need to clear.

The double-stacked green box has also been lowered to two small steps instead. According to Hiko, this change will make the A-site really easy to take now.

On B-Site, on the other hand, Riot has reduced the height of the yellow container, which can now be cleared from several angles as well as minimizes the amount of crosshair displacement required when aiming targets on top of the container. 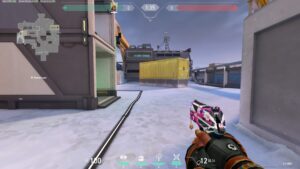 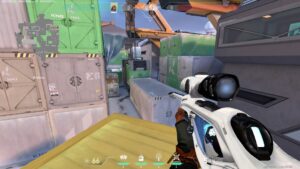 Aside from the changes to Icebox, Sage also received some adjustments. Barrier Orb can’t be cast in Buy Phase anymore, and it no longer loses health over time. It only starts to deteriorate a few seconds before the wall expires. Hiko believes this is a buff to the hero: “These are good changes, but I don’t think that fixes her problems as an agent.”

Competitive Updates were also added in patch 1.14, in which Ranked distribution has been improved to make it easier to climb out of the lower ranks. This will give players, who’ve been stuck in the same rank, more incentive to perform better and get a higher rank before Ignition: Act III ends in about a month.

To read the full 1.14 patch note, you can check out the official post here.