He reached out to TSM first. 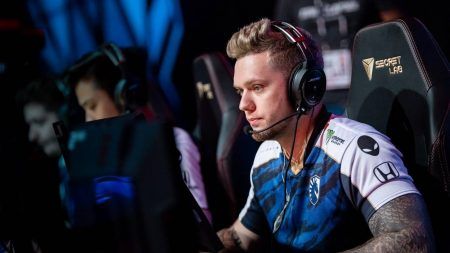 Unbeknownst to most Valorant fans, but prior to Nick “Nitr0” Cannella signing with 100 Thieves, the highly accomplished CS:GO pro player actually reached out to TSM, hoping to join its already stacked Valorant team.

TSM President Leena Xu dropped the bombshell revelation on a recent Twitch stream, in which she had a Q&A with the organization’s fans.

Leena revealed that Nitr0 actually contacted TSM before he signed with 100 Thieves but because TSM’s Valorant squad is doing really well, there was “no spot for him.”

It also doesn’t make that much sense for TSM to sign Nitr0, since he primarily plays a duelist — filling the same role as both Wardell and Subroza, who are performing exceptionally well right now. So, if nitr0 were to come in, that could possibly ruin TSM’s team chemistry.

Another important factor fans need to keep in mind is that Nitr0 is one of the best in-game leaders in the history of North American CS:GO, which is why fans called him ‘Captain America’. TSM already has an in-game leader in hazed, who sometimes relinquishes the roll to Wardell to keep opponents guessing.

As of now, both TSM and 100 Thieves are poised to dominate the North American Valorant scene, and we can’t wait to see both squads go head-to-head in the next stacked Ignition Series tournament, together with Sentinels.

READ MORE: 5 players we want to see in pro Valorant