How to combine Brimstone’s Stim Beacon with Yoru, Skye, and Raze’s abilities

Valorant is speeding up! 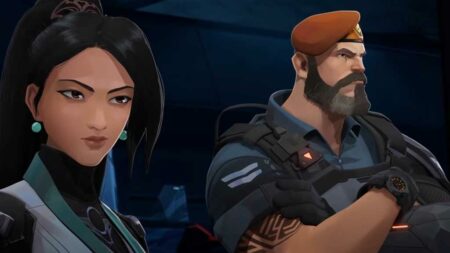 The Brimstone buff in Valorant patch 4.04 is truly the gift that keeps on giving. As it turns out, his Stim Beacon doesn’t just turn Valorant agents into mini-Neons. It also gives some agent abilities a speed boost to reach their destinations even faster.

This speed buff can be applied to certain recon abilities, allowing them to cover more ground and gain more information on the enemy team.

Valorant patch 4.04 introduced nerfs and buffs that reshaped the game’s controller meta. The patch also included a major Yoru rework that has turned the Japanese duelist into a formidable trickster that excels at deceiving his opponents.

In addition to his clone decoy, Riot increased the speed of his Gatecrash tether, allowing him to get behind enemy lines much quicker.

But there’s a way to make Gatecrash move even faster. Reddit user JimO_JustGaming has discovered that you can further increase the speed of Yoru’s Gatecrash with the 15% speed boost from Stim Beacon, allowing Yoru to set up a play more quickly. In fact, the speed boost also applies to his Fakeout clone.

We decided to test this out on other agent abilities as well. As it turns out, Stim Beacon also boosts the movement speed of Raze’s Boom Bot and Skye’s Trailblazer, which increases the distance they can cover.

However, it doesn’t work on Sova’s Owl Drone and Skye’s Guiding Light flash, likely because they are aerial utilities.

Stim Beacon also enables more aggressive plays. Sentinels’ star duelist Tyson “TenZ” Ngo has shown that it can turn practically any agent into a duelist because it allows players to peek around corners much faster.

Overall, the new Stim Beacon has the potential to significantly change the speed at which Valorant is played. 100 Thieves’ Spencer “Hiko” Martin backed up TenZ’s sentiments, noting that the speed boosts also change the timings of pushes and rotations, thereby altering the pace of the game.

READ MORE: The next Valorant agent could be from Turkey