How to efficiently utilize the Korean backdash, according to JDCR

Just because you can, doesn’t mean you should. 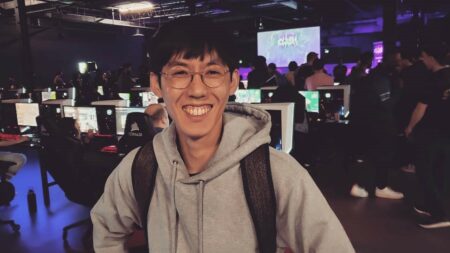 You’ve seen top Tekken pros like Arslan “Arslan Ash” Siddique and Bae “Knee” Jae-min execute the Korean backdash effortlessly, but what exactly does the move do?

The Korean backdash is a movement technique in Tekken that lets players create distance for the neutral game. The move came about when a wave of Korean pro players stormed the international Tekken scene and paired risky wavedashes with the defensive backdash.

While many rising fighters spam the move as a sign of higher-level play, Korean Tekken legend Kim “JDCR” Hyun-jin reminds us that you should never actually spam the move.

JDCR breaks down the purpose of the Korean backdash

After beating an Emperor-ranked Fahkumram player thrice, he noticed that the player just kept on backdashing to defend and easily took Dragunov’s running 2 to the chin.

“I think this guy uses backdashes without thinking,” he said during the game. “They are ignoring the mind games and deeper understandings behind this mechanic.”

The Korean pro mentioned that the opponent’s excessive backdashing gave him the opportunity to go on the offensive and not worry about the opponent retaliating or punishing.

JDCR posed the question, “why do we backdash?”, and listed only two reasons why we use the move: to whiff punish or to create spacing.

Though it might be simple answers to the question, JDCR said that the backdash won’t instantly give you those opportunities.

Looking at the matchup, the Fahkumram player should’ve paid more attention to Dragunov’s running 2 and punished it with a sidestep launch.

With all that’s been said, he proves a point that we shouldn’t backdash as a panic move or for style points. Rather, we should use the backdash sparingly to create those tempo changes for the perfect punish.

You can check out the player’s quick breakdown below:

READ MORE: We flew to Japan for Tekken at the ONE Esports FIGHT! Tokyo Invitational