Meet the finest fighters in the Land of Dawn. 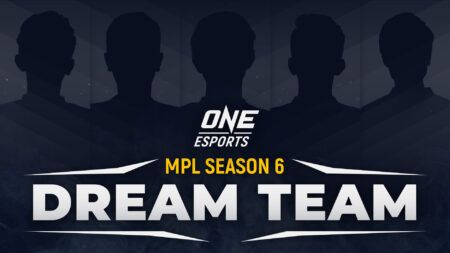 After an action-packed season of upsets and triumphs, ONE Esports has taken the time to create a starting five filled with the best players from all three MPL regions. Here is our MPL Season 6 Dream Team:

KarlTzy is the reason why Bren Esports is at the top of their game in MPL PH S6. While the team fares well on the defensive side with the likes of support captain Pheww and tank player Lusty, KarlTzy is the spearhead to their deadly offense. Taking first in both Hero Damage (1.7 million) and Kills (180) for the whole season, it’s easy to say that KarlTzy’s cutthroat playstyle is natural for him.

Having mastered the likes of Lancelot and Ling, this hypercarry is someone you can always count on to snag a few kills in a solo-push or dive the base tower to confirm the win for Bren Esports.

From zero to hero, Butsss is formerly a fringe player with EVOS ID who managed to make his way into the Onic ID roster this season. A lot of people underestimated him and his skills with his previous position, but he transformed himself into one of Onic’s key offlane players this season.

While Onic ID had its ups and downs throughout the season, Butsss always strived to give his best performance. With his Season 6 efforts, MPL ID gave him the credit he deserved as a rising offlaner and gave him the Most Improved Player award.

Ahmad (Maungzy) is known as one of Indonesia’s best cores in recent seasons, but his position took a dramatic turn in Season 6. The Alter Ego player shifted to the role of an offlaner and proved that he can easily change his playstyle and dominate the game on a new forefront.

As an offlaner, his statistics are obviously not as impressive as any core player in the current season, but Ahmad’s influence and consistency in Alter Ego are critical factors that helped the team earn victories.

As the headstrong captain of Aura PH, Rafflesia is able to command his crew throughout the whole game and provide that all-seeing eye in the support role. Even with his leadership role, he doesn’t shy away from experimenting with the game and its roles.

A key example came earlier this season, when Rafflesia was one of the pioneers of the Diggie strategy in the MPL PH. While Indonesia and Malaysia/Singapore also mastered the strategy, later on it just goes to show that Rafflesia is a trailblazer for novel ideas in Mobile Legends.

With an average KDA of 5.8 and an above-average gold per minute of 615, Jason “Jason” Koh has been Resurgence’s outstanding resident mage player for the last two seasons.

One of Jason’s highlights this season is his MVP performances on Pharsa. Against Singapore rivals EVOS SG, Jason scored a perfect KDA of 5/0/9 and showed his prowess using this hero. On mages, you can be sure he’ll pack a punch with his exceptional average DPM of 3588.