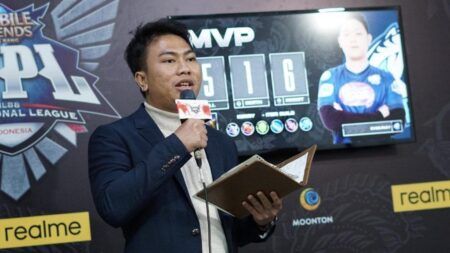 The ONE Esports MPL Invitational commences in nine days but the live draft to determine the official bracket happens tonight at 8 p.m. (GMT+8).

The Champion’s Draft is a unique format that will see the four MPL champions choose the four teams that will be in their own bracket.

This gives RRQ Hoshi, Todak, Bren Esports, and Burmese Ghouls a solid advantage. They can choose familiar teams from their own regions to fight against or test their strategies on teams they will be fighting for the first time.

With the official rosters going up for the MPLI just a few days ago, RRQ Hoshi jokingly said that he would choose EVOS Legends as a sort of revenge against former teammate and now EVOS player LJ.

“With the power of EVOS Legends with five stars, RRQ’s chance to choose them in the bracket during the Champion’s draft is up to 100 to 150 percent,” he revealed to ONE Esports.

“Teams want to determine EVOS’ strength right now,” said KB. “RRQ wants to know how strong EVOS Legends is when fighting a team. What’s the rotation, draft, and line-up like?”

“Will EVOS ‘signature draft with Ling, Angela, and Harith change drastically with an even more unique draft?” continued KB. “It’s an El Clasico showdown so RRQ is for sure picking EVOS Legends. “

“That’s a positive thought, but there might be a chance that RRQ is not yet ready to meet EVOS in the grand final.  As of now, EVOS is afraid of being defeated by Bren or Burmese Ghouls again,” said the former Victim Esports coach.

If RRQ does choose EVOS Legends, it means that we have a chance to see an El Clasico matchup between the two in the quarterfinals if EVOS manages to beat the teams in the first two rounds.

READ MORE: These are the eight rosters that will represent Indonesia at the MPL Invitational