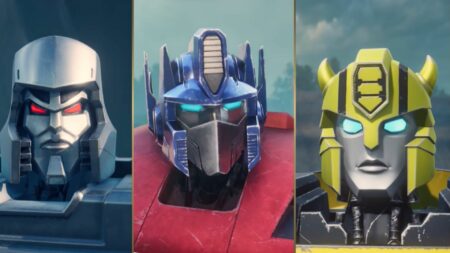 If you missed out on the first phase, now is your chance to get your hands on your favorite Transformers skins with the second phase of the MLBB x Transformers event.

The upcoming re-run of the Mobile Legends: Bang Bang event will feature three new bots, doubling the total number of Transformers in the Land of Dawn from three to six.

The first teaser poster was revealed on the Mobile Legends: Bang Bang Facebook page, showing a silhouette of what appears to be several new bots.

Based on the leaks posted by Wise King Update on Youtube, Aldous, Popol and Kupa, and Roger will get the new Transformers skins. Aldous will get a Starscream skin, which turns him into a fighter jet every time he uses his Contract: Chase Fate ultimate.

Meanwhile, Popol and Kupa morph into Decepticon duo Soundwave and Ravage. Finally, Roger becomes Grimlock, where instead of turning into a werewolf, he now transforms into a deadly Tyrannosaurus rex robot.

Moonton has yet to reveal when the event will go live, or whether the mechanics will be similar to the first phase, where players needed to acquire skin fragments and exchange them in the event shop.