How to watch the ONE Esports MPL Invitational 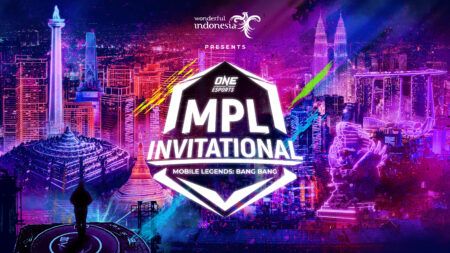 The ONE Esports MPL Invitational is nearly here.

Starting this Friday, on November 27, 20 MPL teams from Indonesia, Malaysia, Myanmar, The Phillippines, and Singapore will compete over two weekends for a US$100,000 prize pool.

After an exciting live draft that saw the four MPL Champions select teams to their quarter of the bracket, we now know every match for the opening two days.

The tournament kicks off this Friday, November 27 at 12 p.m. GMT+8 with Execration vs Ronin Esports, and will be followed by Bigetron Alpha vs Geek Fam, Onic Esports vs Onic PH, and Omega Esports vs Genflix Aerowolf.

On Saturday, November 28, matches will commence at 12 p.m. GMT+8 with RSG vs Blacklist International, followed by Aurafire vs Aura PH, EVOS Legends vs Alter Ego, and EVOS SG vs Orange Louvre.

Every game will be streamed right here on the ONE Esports homepage. Alternatively, you can watch on your platform of choice:

Additionally, if you’re only interested in the Bahasa Indonesian steam, you’ll also be able to watch the entire tournament on Genflix as well as Vidio.