Sunsparks is now in good hands. 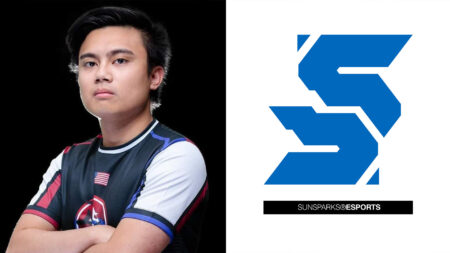 Update 04/03/2021 Sunsparks have released their official lineup this morning at their Facebook page.

Sunsparks are looking to regain their glory in the Mobile Legends: Bang Bang scene after former Team Gosu coach and YouTube content creator Paulo Magno “Pauloxpert” Munsayac confirmed that he will be the team’s new head coach.

Pauloxpert will lead the newly-reformed Sunsparks after a short hiatus following the departure of all their players, who moved to Aura Philippines last year.

The 22 year old native from Nueva Ecija is no stranger to coaching MLBB teams. He was the coach and player for Team Gosu, the sole representative of USA in the M1 World Championship where they finished 11th.

He also recently coached an amateur team from the Philippines during the MPL PH Season 7 qualifiers, JNA Esports, before receiving an offer from Sunsparks.

In an interview with ONE Esports, Pauloxpert expressed his determination to learn even from non-MPL regions, “The edge I have would probably be having an open-mind by looking at all the strategies that other regions have, even the regions without MPL such as Japan, USA, and Russia.”

As for the tryouts, Pauloxpert states they already have chosen five players for the team but have no plans to announce the roster yet.

“I will try my best to fulfill expectations with the best of my abilities. Please support us the whole way no matter what the results may be,” he added.