Week 1 of MPL ID and things are already getting spicy. 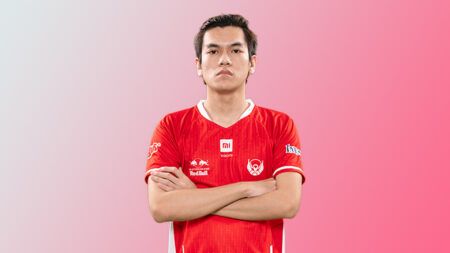 The first week of MPL ID S7 featured an amazing reverse-sweep by Bigetron Alpha against the Los Galacticos line-up of EVOS Legends.

Despite fielding a new and improved roster, EVOS had some key players missing from their first game of the season. EVOS was able to debut MPL superstar Antimage, but Luminaire and LJ had to sit out due to illnesses.

As for Bigetron Alpha, the team was ready to dominate with a full starting five in place.

While the robot squad had a rough start to the series with a game one loss, the team rallied in game two and utilized the combo of Chou’s Way of the Dragon and Kaja’s Divine Judgement to easily lock down aggressive opponents. With EVOS out of sync during skirmishes, Branz’s Harley and Renbo’s Claude destroyed the enemy backline and tied up the scoreboard.

Playing with the same discipline, Bigetron Alpha coasted through game three with a crowd control-heavy composition. Drafting Akai, Silvanna, and Cecilion, Rippo’s Benedetta and Branz’s Yi Sun-Shin quickly racked up kills whenever the three played their skills in succession.

The White Tiger team tried to contest near the Lord pit, but Rippo’s Benedetta delivered some flashy finishes and led his team to close out the reverse-sweep with a wipeout.

When asked about the strength of EVOS’ new roster, Rippo stated that it felt like just a normal match for them.

“I don’t know, I see their roster is just so-so. Whether it’s offlaner, tank, support, it’s normal,” he explained in a post-game interview.

Regarding their game one loss, Rippo said that it’s a way for them to try things out with the teams. Whether it was a win or a loss, the team is able to do a deeper analysis afterward.

“In the match against EVOS, there were no significant difficulties. At most, only more discipline,” he concluded.

The reverse-sweep win comes in as a solid triumph for Bigetron Alpha and a reality check for EVOS. While the team has a star-studded roster, EVOS’ chemistry is still weak compared to season-ready teams like BTR.