People inspire you, or they drain you. 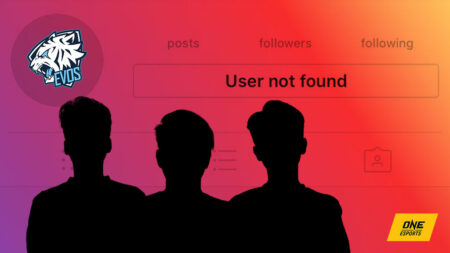 Over the weekend, if you attempted to visit any of the EVOS Legends players’ official Instagram accounts, you would have encountered the system’s default error message — “Sorry, this page isn’t available.”

A few months ago, a similar problem arose, where fans of opposing teams would send multiple reports to the social media service provider in order to get these targeted individual accounts suspended.

It has since affected pro players, business owners, and management staff who work in the Mobile Legends: Bang Bang esports scene.

EVOS Legends is one of the most decorated teams in MPL ID Season 10.

As a result, these young players are now in the spotlight, especially Sutsujin, who has piqued MPL ID fans’ interests. He was previously an unknown rookie who became a standout player in their matches against ONIC Esports and RRQ Hoshi.

Sutsujin’s Instagram was also the first one to disappear.

On Monday, August 29, Pendragon, Dreams, and Cr1te’s accounts have also disappeared. Aldean Tegar, VP of EVOS Esports, made the announcement on his Instagram Story.

“A small update for followers of EVOS Legends Instagram accounts: DreamS, Cr1te, and Sutsujin’s accounts are gone. Meanwhile, these Instragram accounts have been deactivated by our side: Dlar, Tazz, Aji,” he wrote.

EVOS players are prohibited from using Instagram and Tiktok by the organization during the MPL ID season, which are instead, managed by a staff.