The hypercarry phenom is back! 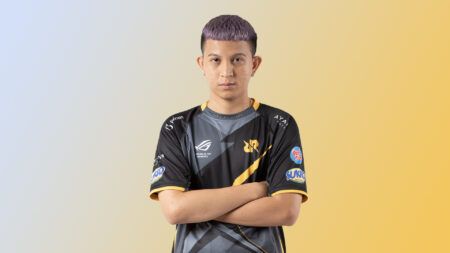 One of the best junglers in Mobile Legends: Bang Bang Professional League Indonesia (MPL ID) will make a comeback in an attempt to reclaim RRQ Hoshi’s former glory.

The King of Kings announced the groundbreaking news on their YouTube channel, showing the two-time MPL ID champion unpacking his belongings at RRQ Hoshi’s Bootcamp.

He then picked up an envelope that read, “Let’s go back to where you belong, the throne!”, formally announcing his return.

Before the seventh season started, Xinnn announced that he will be taking a short break. RRQ Hoshi showed signs of struggle all season, and started with a 2-2 record.

This prompted Albert “Alberttt” Iskandar to ask Xinnn to come back and replace him in the hypercarry position during the first half of the season, but to no avail.

RRQ Hoshi went on to finish third in the regular season with a 9-5 record, but exited early in the playoffs after losing to Genflix Aerowolf in the first round.

Initially, the team only planned to field six players for MPL ID S8. However, RRQ CEO Andrian Pauline said that he will add three more players due to popular demand.

Xinnn was announced as the seventh member. The remaining two will be announced in the next few days.