The Astrowarden made her mark in pro play. 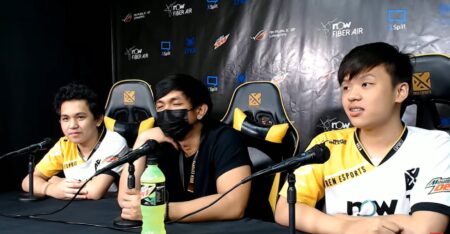 The first week of MPL PH S7 kicked off with a bang, with a lot of upsets and nail-biting action in just the first week.

But the most surprising upset so far has to be Bren Esports losing 0-2 to ‘social media rivals’ Nexplay Solid.

Nexplay rookies Jeymz and Exort were phenomenal in both games, proving the team’s new-look roster is a step in the right direction.

In a post-game press conference, Duckey explained how the M2 World Champion succumbed to the Akosi Dogie-led squad, and it all boils down to one hero – Yve.

“Game one was supposed to be ours, but we didn’t understand how to play against an Yve,” he said. “He was rarely picked in our scrimmages,”

Yve is a newly-released hero that saw little action in classic and ranked games, as she is a hard hero to use in a meta that’s heavy on crowd control and burst damage. However, Nexplay Solid’s Exort proved that Yve is a great pick in a well-coordinated lineup. He was able to notch a 1/3/9 in the first game and an MVP performance in the second game with a 4/2/11 scoreline.

What makes Yve a strong pick is her ultimate, Real World Manipulation, that’s perfect for initiating team fights and stopping enemies from escaping at the same time. Yve’s strength was again put to the test in the second game, and succeeded thanks to Exort’s performance.

When asked what went wrong in the second game, Duckey mentioned the team still didn’t respect the Yve pick.

“We were complacent because we had our comfort heroes and we will be able to close the gap against Yve’s ultimate,” said Duckey.

Sixth man Ejhay shared the same sentiment, saying Yve was a hard matchup. “Yve was so strong and it was difficult for us to dive in team fights.” he added.

With the loss, Bren Esports is now 0-2 while Nexplay Solid comes out on top with a 1-1 record.