Will he be back for Week 5? 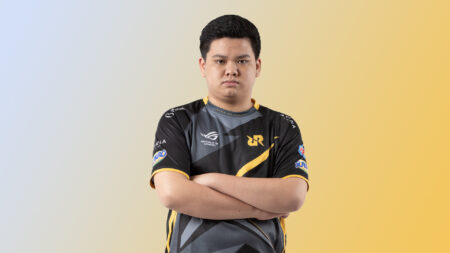 Albert “Alberttt” Iskandar made a surprising appearance in RRQ Hoshi’s one and only game in MPL ID Week 4 against Aurafire.

The RRQ hypercarry previously stated that he would take a break because of exams and even confirmed that he wouldn’t appear in the fourth and fifth week of MPL ID S7.

However, not only did the RRQ hypercarry play, he put in a monster performance in both games. On his comfort picks of Ling and Lancelot, Alberttt scored a perfect 8/0/6 KDA in game one and 11/2/7 KDA in game two, earning MVP honors in both games.

After the match, Alberttt appeared in the post-game show with Clara Mongstar and Mirko and answered questions about his return.

“I was just pranking,” joked Alberttt. “I don’t know if I’ll be absent or not next week.”

While Aurafire isn’t that big of a threat to the King of Kings, the Week 4 win was very much a morale booster for the team. Now sitting in sixth place right behind Geek Fam, there’s a solid chance that RRQ Hoshi can slide into the playoffs and try their luck for a possible three-peat.

The real trial of RRQ Hoshi’s strength will be Week 5, where they’ll face both ONIC Esports and Bigetron Alpha. Even though Alberttt managed to sneak a game day in for Week 4, the RRQ hypercarry has already stated that he’ll have an actual exam during their BTR match.

If Alberttt continues his break, we’ll likely see Skylar take over the hypercarry role while Wizz or Taka fills the space in the sidelane.