The newcomers are unstoppable. 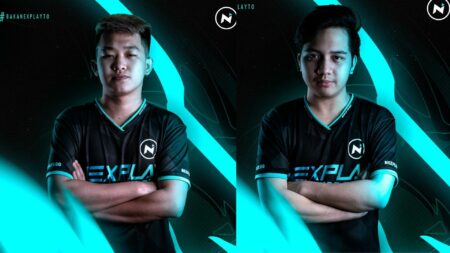 Both players proved that they can play on the big stage, earning MVP honors. Jeymz was the player of the game in the first match after a stellar Baxia performance while Exort proved his worth in the second game with a solid Yve performance.

It was a close game in the first match with Jeymz’ Baxia leading the fray against Bren Esports.

It was only at the 13-minute mark when Nexplay Solid got the upper hand, killing four Bren Esports members and the Lord and eventually winning the series. Jeymz finished the match with a 5/1/5 KDA.

Nexplay Solid was a dominant force in the second game, with H2wo locking in his signature Ling pick, Jeymz going for his classic Esmeralda pick, and Exort picking Yve again after a great first game performance.

Bren Esports tried to retaliate with KarlTzy locking in his signature hero as well with a Claude. Unfortunately, it wasn’t enough as Nexplay Solid was explosive thanks to Exort’s well-calculated Real World Manipulation in crucial team fights.

The boys in blue and black finished the match with an astounding 20-6 kill score to win the series. Player of the game, Exort, finished with 4/2/11.

With the win, Nexplay Solid is now 1-1 in group B while Bren Esports is below group A with a 0-2 record.

READ MORE: After three years out of the meta, Aura PH’s Bennyqt brings Bane back