Now is a good time to practice him. 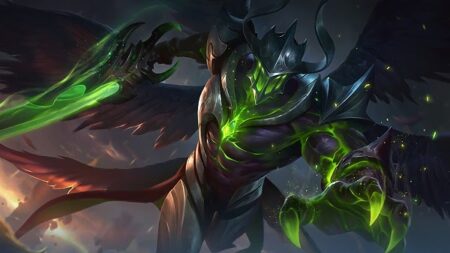 Mobile Legends Patch 1.5.62 was deployed yesterday and there are a lot of new things to unpack, including the release of Beatrix, a new game mode, and a buff to our favorite jungle creep, the Lithowanderer.

But this patch also saw a rework on one of the most underused and underappreciated heroes in the Land of Dawn — Argus.

Here are the changes:

As you can see in the changes above, the buffs don’t do much in terms of changing the overall kit of Argus. Rather, they fix his abilities that need adjustments, retaining his unique trait of being an unkillable DPS fighter.

What has been lacking in his kit is the ability to stay close to his enemies, making him susceptible to kiting. However, changes to Demonic Grip and Meteoric Sword will now make it harder for enemies to bully the Dark Angel.

These changes may turn Argus into a safe pick in the ranked games, but are they sufficient for him to appear in professional games? It depends. If the enemy has little to no stuns and the allied team has numerous initiators, Argus could be a great pick.

READ MORE: Blacklist International’s Wise: ‘If you compete against us unprepared, you are doomed’