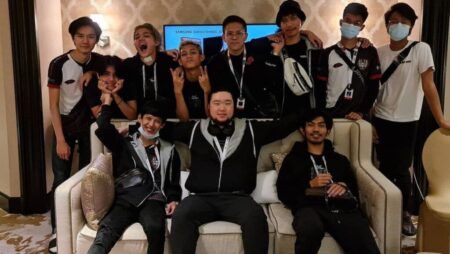 The bracket for the ONE Esports MPL Invitational will be determined by a unique Champion’s draft that will see the four MPL Champion teams take turns to select their opponents.

Not only will the champions select who is in their quarter of the bracket, but the actual first round games will also be decided.

With the draft taking place tonight, there has been a lot of speculation over who will be picked in each round.

Delwyn believes that Indonesia’s Geek Fam ID, Malaysia’s Orange Louvre Esports, Myanmar’s Ronin Esports, and Philippines’ Blacklist International will be the first teams off the board, and therefore considers them the weakest in the tournament.

For the strongest teams, he has four Indonesian teams in ONIC Esports, Bigetron Alpha, Alter Ego, and EVOS Legends going in the final round.

Delwyn also noted that he’s happy with the Champion’s Draft system as he believes it will make things more exciting than giving up the fate of his team through a lottery or raffle alone.

The MPLI draft will take place live on Wednesday, November 18 at 8 p.m. (GMT+8) and will be streamed on our Facebook page and YouTube channel. The draft will be hosted by MPL caster, Momochan, and legendary Indonesian esports host, Gerry Eka.

The MPL Invitational itself will begin on November 27, and will span two action-packed weekends culminating with the finals on December 6.