Their impact is felt in the offlane. 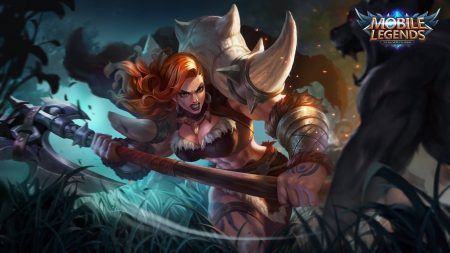 Fighters are currently one of the most popular roles in Mobile Legends: Bang Bang. Playing fighters in the offlane has been even more important in the current hyper carry meta, as seen in the MPL.

Offlaners are indeed more diverse nowadays. Even though fighters may not be the sole option, for OP mages and tanks can also go into the offlane, they do however remain the primary choice.

In the current meta, most of the MPL pro teams still use a 1-3-1 formation, where the the offlane fighter guards two lanes at once.

Here are the five most popular fighters in the MPL regular season:

Chou is one of the older heroes who became popular in MPL Season 6. He rose up the ranks again because he’s a counter to other OP offlaners, and also because he brings a lot of crowd control to fights.

Moreover, Chou has many diverse builds. He can go for a more damage-oriented build in a side lane, or be built as a tank, so it’s not surprising that Chou is at the top among popular fighter heroes.

One of the new heroes who immediately became highly contested in the draft phase, Khaleed‘s skills give him a lot of early game power and burst damage.

Not to mention, he brings so much crowd control that he is often used as a tank too. Despite the slight nerfs to this hero, Khaleed still seems to be an important hero choice for MPL teams.

Thamuz is a fighter who is arguably the most balanced. Apart from having high durability, Thamuz’s damage is also pretty decent. What’s more, Thamuz is one of the few heroes who is a great choice into offlane heroes with high regen like Esmeralda and Uranus.

In addition, due to the changes in the current meta, Thamuz has turned out to be a viable jungler too! Clover from EVOS in MDL ID recently played him successfully.

Hilda is very popular now after several seasons of being underestimated. With high mobility, high regen in the bush, and hard hitting damage, she has become a valuable pick.

Hilda does very well when used as an offlaner, as long as you are able to get early kills or assists, because she is less useful during the late game. Lately though, tank Hilda is the way to go. She can persistently stalk enemies in bushes, and also destroy the opponent’s jungle.

Therefore, it’s not surprising that Roger is frequently chosen as a core in the current meta, for it is very difficult to fight against him.

READ MORE: How will the nerfs to these S-tier heroes affect the MPL playoffs?