Could he be the next best starter for EVOS? 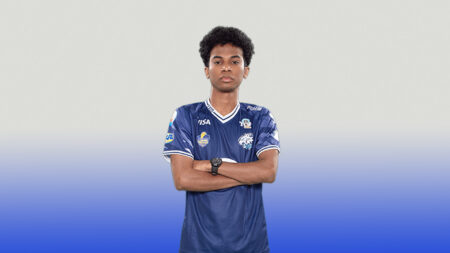 As the champions of MPL ID Season 7, EVOS Legends is one of the two Indonesian teams that qualified for the 2021 Mobile Legends Southeast Asia Cup (MSC) this June.

Despite missing out on championships last year, EVOS finally returned to form in Season 7. The team’s perfect line-up of REKT, Luminaire, Ferxiic, Clover, and Antimage provided the highest level of play and bested other ID teams in the process.

EVOS Legends still has a strong role player in the form of Joshua “LJ” Darmansyah. With the team now in the offseason, LJ could step up and be part of the heavy rotation of EVOS Legends.

Here are three reasons why LJ could be a difference-maker for EVOS Legends at MSC.

EVOS Legends was a mixed bag heading into MPL ID. The team managed to recruit stars like LJ, Antimage, and Luminaire in the offseason, but there’s no guarantee of success even with big names.

EVOS Legends struggled in the first two weeks of the regular season, picking up a 1-2 record and failing to meet high expectations. The team roster finally rounded out with the promotion of Ferxiic from the MDL, and REKT moving into the tank role.

Though he’s not on the starting line-up, EVOS Legends LJ is still practiced hard as a reserve star player.

He’s more known for his use of full tank heroes like Atlas, but EVOS coach Zeys is already making ground on growing his hero pool.

How EVOS Legends LJ fits into the MSC lineup

There’s no denying that LJ had a bittersweet beginning with EVOS Legends. Coming up short during the ONE Esports MPL Invitational, the star player remained a substitute for REKT, whose pure support gameplay worked in the two-support meta.

Despite his absence in the MPL ID season, EVOS Legends LJ still has a big chance of joining the MSC starting lineup.

Coach Zeys commented on a livestream that veterans Luminaire and Wann might not join EVOS at MSC. Though nothing is certain yet, he mentioned what kind of position changes might occur.

If Luminaire does not play at MSC, EVOS Legends’ backup formation would be to bring in LJ as a tank/full support and have REKT shift to mage support.

Zeys also mentioned the possibility of bringing Rexxy in from MDL as a support player. However, since he’s shifted to the jungler role and has yet to train with the MPL team, we’ll likely see LJ as the more reliable starting player.

EVOS Legends LJ has a different playstyle that could bring an edge to their team at MSC 2021. He’s proven on his livestreams that full tanks like Atlas and Tigreal are good counters to in-meta supports like Popol and Kupa.

Even as a benched star player, LJ acts as a solid EVOS mainstay because of his winning mentality and his desire to prove himself. If he’s able to join the squad in the Land of Dawn, we’re sure that the tank player will finally have a positive impact on EVOS Legends.

The Group Stage of the Mobile Legends: Bang Bang Southeast Asia Cup will start on June 7.