He has the most championships in all of MPL ID. 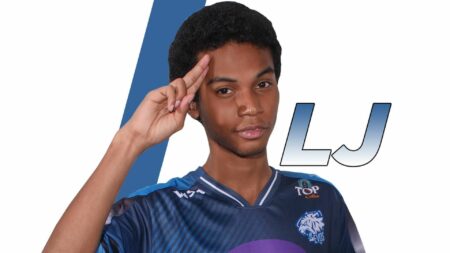 The veteran tank, who played only one game this season, now has four MPL ID titles with three different teams, namely – NXL in season one, RRQ Hoshi in seasons five and six, and EVOS Legends for this season.

The championship wasn’t all smooth sailing for EVOS Legends. They struggled in the first half of the season but quickly bounced back thanks to the arrival of Ferxiic from the MDL.

In the playoffs, EVOS lost to Bigetron Alpha in the finals of the upper bracket division and faced ‘big four killers’ Genflix Aerowolf in the lower bracket. The white tigers worked their way back to the Grand Finals where they faced Bigetron Alpha again, but this time winning it all in a dominating fashion.

In a post-game interview, LJ says the circumstances were unexpected. “Alhamdulillah, I am very grateful because I actually did not expect to win the title with many teams,” he said.