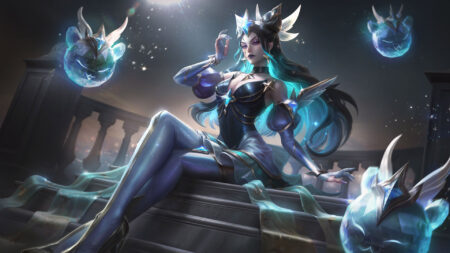 Updated on August 22, 1:26 p.m. (GMT+8): Riot Games announced that due to some issues, the token shop and the paid missions from the Star Guardian pass will be extended.

The Star Guardian event 2022 in League of Legends, Wild Rift, and Legends of Runeterra is in full swing.

It explores the stories of Star Guardians, their familiars, and their relationships with fellow cosmic protectors. The in-game event lasts for 10 weeks and offers plenty of rewards, such as icons, emotes, Hextech keys, and Masterwork chests.

The first group of Star Guardians comprised Lux, Janna, Jinx, Poppy, and Lulu. The developers eventually expanded the skin line, adding more champions to the pack in 2017, 2019, and 2022.

Due to some issues, the token shop and the paid missions from the Star Guardian pass will be extended until August 24 according to an update by Riot Games.

The Star Guardian event 2022 pass is priced at 1,650 RP which lets you unlock pass missions. It also comes with 200 Tokens and four Star Guardian 2022 Orbs.

Players can purchase both the pass and bundle before the event ends. Rewards can be claimed until August 24 at 4 a.m. GMT+8 using your Star Guardian tokens.

Another Sky is an in-client narrative experience that follows the friendship of new Star Guardians Kai’Sa and Akali.

There are a total of three acts in the main story with a series of chapters under each act. Chapters unlock every week up through Chapter 4. You must complete one chapter before progressing to the next.

To unlock chapters, you need to collect Starlight by playing either League of Legends or Teamfight Tactics games.

The developers are working on unlocking the entire Another Sky story and granting all free rewards for players who created an account before August 11 because of some issues in the event.

How to get Starlight during Star Guardian event 2022

Note that Co-Op versus AI matches do not generate Starlight.

If you want to learn about the stories and introductions of other Star Guardians, visit the Guardian Stories section in Another Sky. You can also unlock new stories by forging a closer bond with your favorite Star Guardians by playing LoL or TFT.