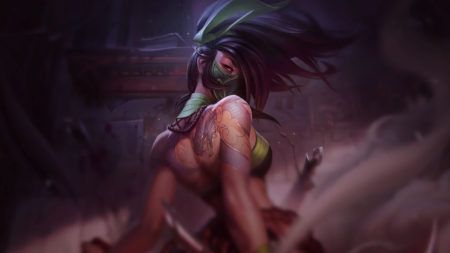 For the past week, a new Turbo Chemtank Akali build had taken over League of Legends solo queue. Professional mid laners around the world like G2 Esports’ Rasmus “caPs” Borregaard Winther, and DWG KIA’s Heo “ShowMaker” Su were spotted utilizing it in their high ELO games to great effect.

Instead of a typical AP Mythic item, the tanky Akali build starts with Turbo Chemtank, followed by Demonic Embrace, and Shadowflame. Paired with Conqueror as her keystone rune, and Resolve secondary, they make her incredibly hard to burst down.

This Turbo Chemtank Akali build is so overpowered that as of writing, it currently holds a 57.6% win rate according to U.GG. With the new League of Legends patch 12.2, however, all that is about to change.

Turbo Chemtank was buffed during Preseason 2022 in patch 11.23, where the old passive “Immolate” was removed in favor of a new passive, “Refuel”, which rewards champions for using their abilities, dealing damage, and moving.

Singed and Udyr, therefore, became the two champions that benefitted from Turbo Chemtank the most.

The reason why players started to incorporate it into Akali’s build is because dashes also count towards Refuel’s stacks. As such, the Turbo Chemtank Akali build gave her extra magic damage whilst stacking health, without any tradeoffs. No one could match her in a side lane post-laning phase.

“While we admire the creativity here, Turbo Chemtank is supposed to be for, well, tanks, so we’re adding some limits to the way its passive stacks,” Riot Games explained.

Well… it was OP while it lasted — and definitely not fun to play against.