League of Legends patch 12.1: Diana and Gangplank to take over the meta 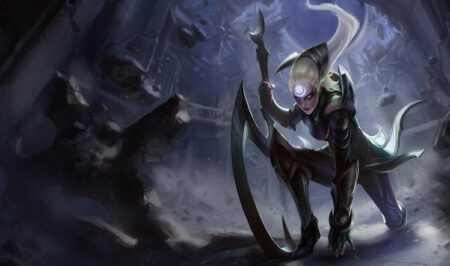 League of Legends patch 12.1 has arrived, and will kick off the brand new 2022 season.

Starting slow, Riot Games buffed and nerfed a total of four champions. While Sona and Rek’Sai received nerfs, Diana and Gangplank were the lucky two who got buffs (probably because there’s a new upcoming Firecracker Diana skin that will be released during Lunar New Year).

Both of these champions did not have any presence at Worlds 2021 and were neither picked nor banned. Riot aims to change that with patch 12.1.

The last time Diana was changed was in League of Legends patch 11.16, where Moonsilver Blade’s damage against monsters was reduced to 250% from 300%.

Besides reverting that update, Riot Games is also increasing Moonsilver Blade’s AP ratio by 10% this patch. According to the game developers, these buffs are supposed to empower mid lane Diana too.

However, her true strength on patch 12.1 lies in the jungle. Compared to other champions that Riot Games pushed to become junglers–namely Qiyana, Talon, and Zed–Diana is now a tier above the rest.

Qiyana’s Edge of Ixtal (Q) deals bonus 150% damage against monsters, while Talon’s passive Blade’s End deals 120%. Even Zed’s passive, Contempt for the Weak, only deals 200% damage to monsters, capped at 300.

Diana’s bonus 300% damage to monsters scaling at 50% AP boosts her clear speed so much that only Nunu and Willump can rival hers, making her a menace in solo queue.

A staple in pro play, top lane Gangplank fell off in the second half of 2021 in favor of AP and AD bruisers like Gwen, Lee Sin, Renekton, Viego, and Sett.

“Gangplank’s Parrrley is not as powerrrful in lane after Grasp was nerfed on him, so we’re letting him use it morrre often,” Riot Games explained.

With reduced five mana at all ranks and 0.5 seconds shaved off its cooldown, he’ll be able to proc Parrrley more often, generating more gold over time, and in turn, reach his item power spike earlier.

Coupled with the previous buffs he received in patch 11.18, which increased his base health from 540 to 570, and health growth from 82 to 90, expect Gangplank to be a tough cookie in the top lane.

READ MORE: The best song Riot Games Music has ever produced will give you chills