Never underestimate the power of a great OST. 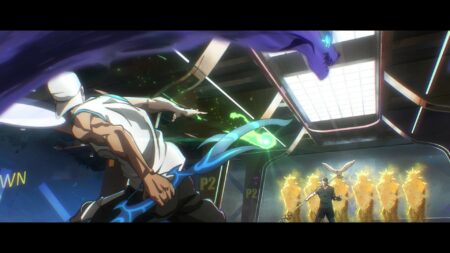 When you think of the Riot Games Music team, it’s only natural that K/DA, True Damage, Pentakill, Enemy from Arcane, or your favorite Worlds theme song pops into your head.

But what if I told you that the best song Riot Games has ever produced was back in League of Legends Season One? What if, after more 10 years of creating music, Riot Games Music actually peaked in 2010 (like your rank)?

Old school players who were there since beta would know. Even if you don’t know its name, the moment this song plays, you’d know, because this legendary theme song accompanied every Draft Pick and Ranked game in League of Legends’ debut season.

In the first second, a gong-like modifier is heard, marking the start of the song and League of Legends Champion Select.

A variant of the main theme then makes an entry, but softly, like a gentle breeze in the background, paving your way into Summoner’s Rift.

At 12 seconds, the real build up starts. A distinct drum beat interplays with semiquaver strings in ascending phrases, almost like it’s asking “Are you ready for this?”.

At the 40-second mark, when you didn’t even realize this much time has passed, another layer of strings is added. The repeated notes with a similar ascending, extended rhythmic pattern gives you a strong sense of urgency.

Then, the pre-chorus beings in all its glory 10 seconds later, adding yet another layer to the Classic Summoner’s Rift Champion Select theme, punctuated by an electric guitar at the start of every bar.

Even though its only the pre-chorus, there are already multiple motifs intersecting beautifully. The running strings and drums propel the tempo stream, the brass instruments add finishing touches to each phrase, while the woodwinds lead the melody with longer, drawn out notes.

Finally, one and a half minutes in, you get the chills. The strings take centerstage, leading the Classic Summoner’s Rift Champion Select main theme in a crescendo.

Another one and half minutes later, the main theme repeats, louder this time, the instruments in unison, with more clarity, in grand proportions.

This is the moment you’ve been waiting for. You’ve selected your champion. You’re locked in. Your team is counting on you. Your LP is at stake. From here on out, your ranked 5v5 battle in Runeterra is all that matters.

This is exactly what the Classic Summoner’s Rift Champion Select theme does to you. League of Legends players in Season One took ranked games seriously because the Draft Pick theme took itself even more seriously. This original soundtrack singlehandedly set the tone and the mood of every player heading into a ranked game. It makes you sit up and pay attention right from the start of picks and bans because something epic was about to go down.

Written by film score composers Daniel Vulcano and Duncan Watt and published by Riot Games, no other League of Legends Champion Select theme in subsequent seasons comes close. No other original soundtrack by Riot Games Music has had the same effect by affecting the massive League of Legends player base on a global scale.

Almost tribal, this is why the Classic Summoner’s Rift Champion Select Draft Pick theme is the best song Riot Games Music has ever produced.

Follow Riot Games Music for updates, and ONE Esports on Twitter for esports news, memes, and more.

READ MORE: Hideo Kojima claims this is the best scene and song in Arcane