It’s the electro region, but in League of Legends. 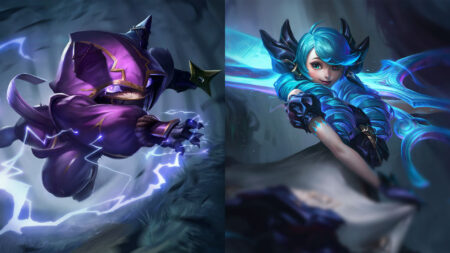 Acknowledging that Kennen has been out of the meta entirely, the game developers have instigated a comeback this patch.

Buffs to Kennen on League of Legends patch 11.15

Yes, just one of Kennen’s abilities has been buffed, but it’s significant enough to change the way you play him.

Thundering Shuriken’s base damage has been increased by 10 at level one, and up to 30 at max level. In addition, its AP scaling has been boosted by 15%.

Instead of maxing Electrical Surge (W), the huge damage buffs to Thundering Shuriken means that you should now be maxing Q instead. With such a low cooldown to this ability, Kennen will now be better at harassing opponents out of lane as a ranged AP top lane champion.

Though he’s not been seen much in solo queue, LPL teams have been drafting him in certain matchups. FunPlus Phoenix’s star top laner Jang “Nuguri” Ha-gwon for example, used him against Gnar in their match against Ultra Prime, while others picked him to go up against Gwen and Nocturne top.

Gwen has been nerfed on League of Legends patch 11.15

The 20% decrease in bonus attack speed from Skip ‘N Slash at level one is huge, for it’s the equivalent of one entire item. Even though at max level she does get back the same 80% bonus attack speed, this nerf hits her early to mid game hard.

Overall, this means that Gwen cannot be blind picked anymore, for she won’t be able to outtrade early game lane matchups against certain champions.