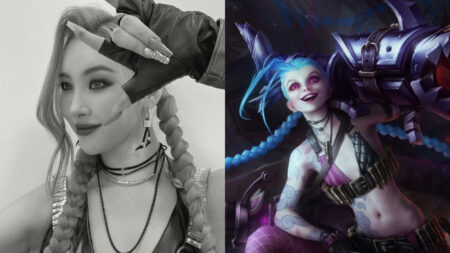 K-pop idol and soloist SUNMI surprised everyone in a special performance during the 2021 KBS Song Festival year-ender show where she appeared in a full Jinx cosplay while performing her song, “Tail”.

Jinx is a champion from one of the biggest multiplayer online battle arena (MOBA) games in the world, League of Legends.

Here’s our closer look at the K-pop idol’s League of Legends cosplay.

Korean idol SUNMI captured the hearts of video game fans in her insanely phenomenal look as Jinx, the crazy and chaotic marksman from League of Legends.

She also seems to be familiar with the champion’s theme song, “Get Jinxed”, which she included in her Instagram post. 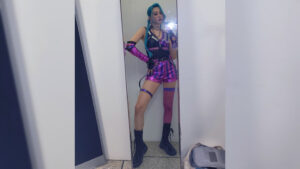 SUNMI is already a regular in the League of Legends scene, outed as an official supporter of LCK team and Worlds 2020 champions DWG KIA. She even owns an esports jersey which features DWG KIA mid laner Heo “ShowMaker” Su’s name on the back.

She also dedicated the song “Go or Stop” to DWG KIA’s Worlds 2021 run.