This docu will fill the void in your Arcane heart. 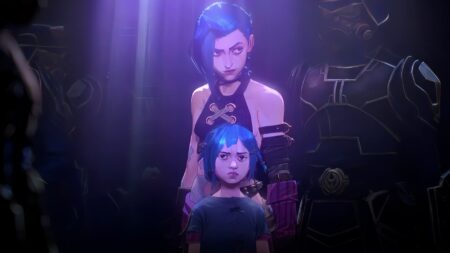 The first season of Riot Games and Netflix’s animated series Arcane has left a big impression on the gaming community and League of Legends fans around the globe.

Arcane explores Vi and Jinx’s backstories and lore — how they lived and survived inside the City of Iron and Glass, and how they eventually gain their powers. Since its release late last year, the show has received nothing but high praises from iconic personalities including Japanese video game designer and director Hideo Kojima.

Arcane also won a total of nine Annie Awards earlier this year, pulling off a clean sweep in all of its nominations.

Riot Games is releasing a five-part documentary series titled “Arcane Bridging the Rift” centered on how the animated series came to be.

Riot Games’ docuseries will premiere on August 4, with new episodes released every Thursday.

The teaser featured Praeco talking about Fortiche Productions, the animation studio behind music videos Get Jinxed!, Warriors, and of course, Arcane.

Where to watch Arcane Bridging the Rift

Here’s our first look at the series:

Ahead of the premiere, Riot released the docuseries’ official trailer, explaining how they took the giant leap from creating 4-minute music videos to a full animated show.